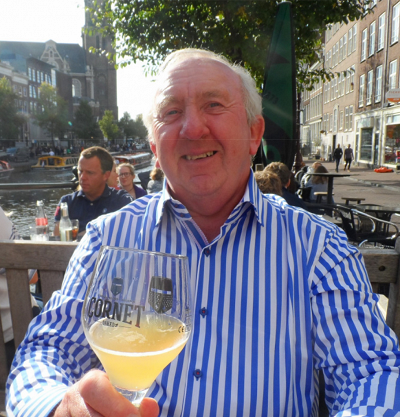 The Parish Council was very sad to learn of the death of former chairman Alf Deuchars. Alf was chairman from 2007 to 2014. He worked tirelessly for the village giving unstintingly of his time.

When the churchyard was nearing capacity, Alf took up the challenge, issued at an Annual Parish Meeting, to provide a village cemetery with his usual determination. He did not allow the inevitable bureaucracy and red tape involved to daunt him and almost single handedly drove the project to completion.

He engaged productively with officers from City of York Council. He was instrumental in the resurfacing and kerbing of Church Street which solved the vexed problem of protecting the verges. Every month he walked around the village with CYC's ward environmental officer finding potholes, blocked drains and other problems to be sorted.

He was a great supporter of In Bloom, attending committee meetings not only as chairman of the Parish Council but as a volunteer. It was on his suggestion that the volunteers took on mowing the verges and he could be seen out doing his bit, mowing, around the village. His favourite piece of equipment, however, was the leaf blower and it is said he blew every leaf off the Green one morning.

He was at the helm of the Parish Council during the campaign to oppose the plan to develop the land opposite the playing fields for a Travellers' site.

Dunnington owes Alf a great deal. He took on projects, too many to list here, but all of much benefit to the village in their own way. He can best be remembered in four words: 'he got things done'.