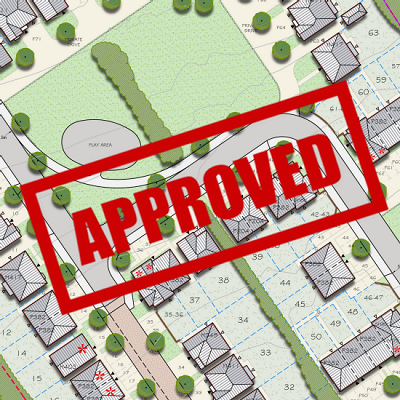 The City of York Council gave consent to this planning application at their Planning Committee meeting on Thursday 7 October 2021. The consent was based on the fact that they maintained there were very special circumstances to allow this development to take place on Green Belt land despite the fact that the Local Plan and the Neighbourhood Plan have yet to be determined.

The special circumstances stated are as follows:

The site is considered to be suitable and deliverable in line with the spatial strategy which seeks to minimise harm to York’s historic and natural environment. - Given the location of the site at the edge of an existing settlement the site is sustainably located. - Unmet housing need cannot be accommodated on deliverable sites on land that is outside of the general extent of Green Belt. In order to meet housing need - the site is identified to be excluded from the Green Belt as part of an expansion to Dunnington Village. - Aside from the issue of Green Belt there are no objections to the scheme considering other material considerations which cannot be addressed through either planning conditions or S106 agreement. - Overall the application would be for sustainable development that will conform to the Government’s objective of significantly boosting the supply of homes.

We understand that this is the first time the City of York Council has given consent for such a development in the Green Belt.

This means that the City of York Council has allowed development in the Green Belt to happen and prevented democracy and the planning process from properly taking place by not allowing the Local Plan and Neighbourhood Plan to follow due process.

We are now giving the matter due consideration.